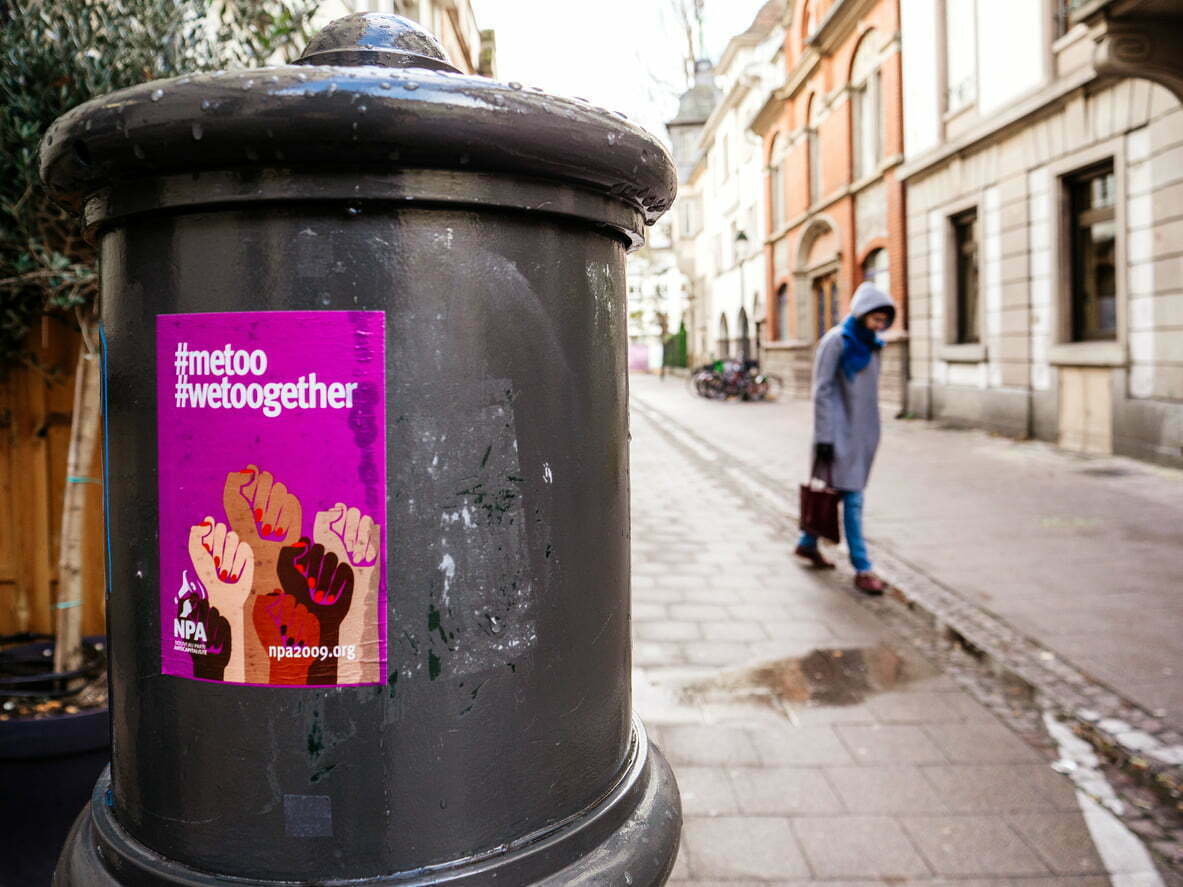 The Sexual Assault and Sexual Harassment (SASH) Act, recently passed by Biden, amends the Federal Arbitration Act of 2021 that prohibited sexual assault and harassment victims from bringing the lawsuit to court and forced them to arbitrate their legal claims.

The Act further prohibits employers from requiring pre-dispute arbitration and mediation agreements relating to sexual harassment and assault from being filed under tribal, state, or federal law.

Congress experienced a bipartisan split, but eventually, the Act received overwhelming bipartisan support, and they passed the ending of forced arbitration and mediation agreements on February 10, 2022. Soon after, President Biden signed the SASH Act into law on March 3, 2022. The Act is straightforward and contains the following provisions:

The SASH Act is a big step toward giving victims of sexual assault or harassment their day in court and forcing individuals and companies to step up their efforts in addressing sexual harassment and assault claims.

Approach to the SASH Act

Employers often protect an individual’s or company’s image by forcing the sexual misconduct allegations into a private hearing and keeping the matter confidential. In the Statement of Administrative Policy of February 1, 2022, President Biden highlighted that more than 60 million Americans are forced to sign compulsory arbitration and mediation clauses, only to discover its implications later when bringing a claim against their employer.

The President also noted that 50–70 % of women faced unwelcome and unwanted sexual harassment, and the compulsory arbitration clause protected the companies from being held openly accountable.

President Biden further articulated that the SASH Act would prohibit companies from preventing victims from seeking justice through the courts. In addition, he said that the Act would propel the efforts to address sexual assault and harassment, protect victims, strengthen human rights, and promote consistent access to justice.

Impact of #MeToo Movement on the SASH Act

The #MeToo movement, which started in 2006, evolved to represent the anti-sexual harassment movement that has helped hundreds of victims receive justice. This movement sparked the creation of legislation across states to reduce and eliminate sexual harassment and assault in the workplace.

For example, in Oct 2019, New York passed a law that prohibited companies from adding terms and conditions in a settlement agreement from disclosing facts in the event of a sexual misconduct allegation unless the confidentiality term and condition is the complaints preference.

The SASH Act is the latest addition to other legislation that increases accountability for employers and gives visibility to the victims. After signing the SASH Act, President Biden further stated that sexual harassment and assault shielded perpetrators, silenced survivors, and allowed employers to hide sexual assault and harassment occurrences.

The SASH act does not mandate employers to rewrite or amend their existing mediation, arbitration, and negotiation agreements because some claimants may choose to arbitrate their claims. Still, employers should consider updating their agreements to comply with the SASH Act.

For instance, employers can add clauses that provide non-arbitrable sexual misconduct claims that are separate from other arbitrable claims. Although employers should consider how creating two litigation options can lead to higher expenses.

Employers should also be careful about removing sexual misconduct claims from joint-action waivers from their arbitration and mediation agreements because the SASH Act does not address how actions such as sexual harassment and other claims subject to arbitration should be settled.

In concluding his statement on administrative policy, Biden stated that the administration looks forward to working with Congress on other legislation that addresses sexual misconduct issues and other forced arbitration and mediation matters.

These prospective future legislative changes would support a departure from the long-held policy that encourages the use of mediation, arbitration, and negotiation for such sensitive matters. Employers should remain vigilant about such legislative action.

Ready to Litigate Your SASH Case?

Tempe, Arizona, residents should not quietly endure sexual harassment and assault while The Sorenson Law Firm can effectively handle such cases. Our experienced attorneys will ensure we take advantage of all the provisions of the new SASH Act.

We also assist employers in drafting contractual agreements that comply with the SASH Act and protect the company from avoidable revenue loss. Book your free consultation today.

Fawn Blue
Let me start off by saying that if your looking for someone who is kind thoughtful professional down to earth easy to communicate with & is very pro active in how they do business & is 100% invested in you & getting the best outcome for whatever your situation may be than I would recommend jonny & rowanna. This was my first time that I needed to find a lawyer who could assist me with my situation. What stood out to me was at the end of our zoom meeting I remember saying to both jonny & rowann that I'm not interested in moving forward because I was more at fault than the lady who hit me so in my mind I'm thinking we'll this guy probably isn't going to want to take my case because it seemed like it would be an uphill battle, & he responded by letting me know that he would like to take my case & see what he could do & bottom line is that you"ll either have more than what you have now or you"ll be in the same situation. So I thought about it for a minute & decided to trust them to see what happens. So from that day on all the way til the case was resolved I've had a great experience with them. Rowanna explained everything to me in a way that was not complicated & always asked me that if had any questions or if I didn't understand she would ask. They are easy to talk with & made me feel like I was important & trying to get the best outcome for me. When my case was complete I was so grateful & appreciated for what they were able to do for me. Johnny & Rowanna are the best & will always have & want the best for you I know because they did that for me. Thanks again CHRISTOPHER

Audrey Sullivan
Experts who care about their clients & work seamlessly to help. There was immense relief having Sorenson Law Firm on our side. They were referred to us by a friend and I am thankful for that! I don't know what we would have done without their expertise.

Jim Van Wicklin
Johnny and his team are phenomenal. From the intake with his admin team to the final resolution, there wasn't a moment I didn't feel like we were his top client. I highly recommend Sorenson Law Firm for all your legal needs.

Nicholas Thomas
I worked with The Sorenson Law firm for about 5 months resolving a personal injury claim that occurred during a car accident I was in and I couldn't have been more happy with results. The firm was always responsive, quick to answer any questions I had and I could tell they had my best interest in mind. I would recommend The Sorenson Law Firm to anyone that needs a personal injury lawyer, they're great!

Amanda Larson
I cannot recommend the Sorenson Law Firm enough. After an accident, I was in a situation where I knew very little about my options. I reached out to my community for advice and Johnny’s wife was quick to put me in contact with him to get me some help. The insurance company we were dealing with was not the easiest, but Johnny and his team did a wonderful job at recovering my losses and fighting for me. Johnny and his team kept me well informed and educated throughout the process, which meant a lot as I was very naïve and knew very little going into this process. I feel fortunate to have crossed paths with this wonderful team, and if life ever throws another curve ball, I’ll be sure to use the Sorenson Law Firm again!!!

Brenda Chang
I was referred to Sorenson Law Firm by a family member who expressed having a very positive experience using them. I couldn't agree more...Johnny Sorenson and Ruana Silva were absolutely terrific!! Not only were they so kind and caring, but also, very professional and totally dedicated to their work. They communicated things in an easy to understand manner. I always felt supported and informed during the entire time. It really gave me a sense of relief and comfort knowing that they were there to represent my case. I would definitely recommend them to anyone who wants to have the BEST law firm on their side. I was extremely happy with the resolution. My heartfelt "thank you" Johnny and Ruana for all of your time and hard work.....much appreciation!!

Jessica Davis
Very compassionate with our very delicate situation. Understanding and professional at all times. Always kept our best interest at hand and communicated very well every step of the way.

Anna C
I got into a severe car accident and went to the Sorenson law firm, they weren’t just any law firm for me, I was very impressed by their actions as they put you and your matters first! They are one who takes pride and truly represents you and themselves. I thank them for helping me every step of the way in getting justice and all of their hard work!